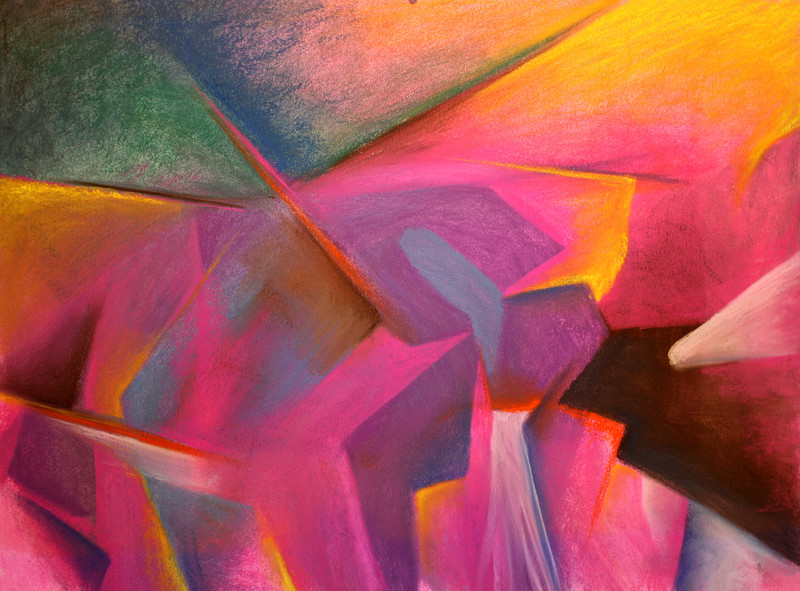 Tall tales is a series of mini films where we get a peek into seemingly normal moments in peoples lives. But before we know it the narrative world de-constructs into abstraction. The series were originally created as an installation for a curated art show in Hafnarborg, Iceland .

Una Lorenzen is an Icelandic filmmaker who in recent years has worked on and directed award winning documentaries doing concept development, design and animation. Using mixed media techniques she creates music videos and films that have traveled to festivals such as SXSW, MOMA (NYC), Fantasia (Montreal), TrickyWomen (Vienna), Nordisk Panorama (Sweden) and screened on Artforum online. Una majored in Graphic Design, and completed an MFA-Experimental Animation at CalArts 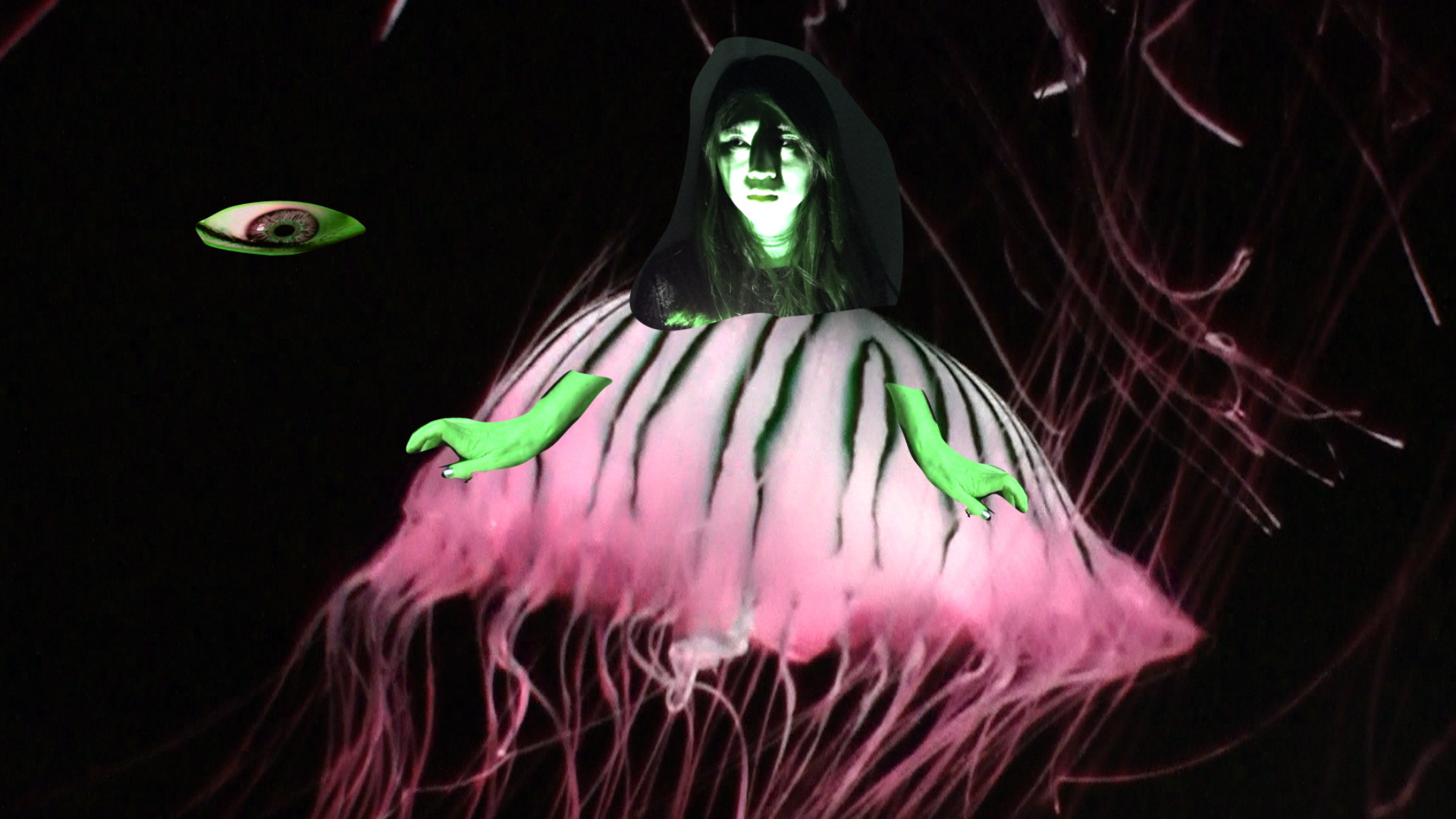 Part Fantastic Voyage, part celebration of my younger self, this is a finely crafted jewel in which I am looking for those who are not immune to splendor. Reality is both harsh and wondrous. I am trying to circumvent it all.

Kathy Rose’s work has evolved from her early drawn animated films of the 1970’s, through her unique, pioneering performance work combining dance with film in the 1980-90’s, to her current surreal performance video spectacles and installations, with influence from symbolist art and the Japanese Noh theater. Rose has received a Guggenheim in Performance Art in 2003, and well as numerous grants in Film, Video, Choregraphy, from the NEA, New York State Council for the Arts, etc. She is a Distinguished Alumni of the California Institute of the Arts. Kathy Rose has toured extensively in live performance throughout the United States and Europe, giving performances at the Museum of Modern Art, Kennedy Center, Serious Fun at Lincoln Center, Fondation Cartier pour l’art Contemporain, the Walker Art Center, The Kitchen, Institute of Contemporary Art in London, Baltimore Art Museum, Gulbenkian Foundation in Lisbon, Virginia Museum of Contemporary Art, etc. as well as performances in Geneva, Berlin, Helsinki, Amsterdam, Hiroshima, etc. Rose recently premiered a new piece “Opera of the Interior” at ANIMATOR 2015 in Poland. Recent one-woman shows include the Pompidou Center for “A Shaded View of Fashion Film Festival”, and at the EPOS Film Art Festival at the Tel Aviv Museum, etc 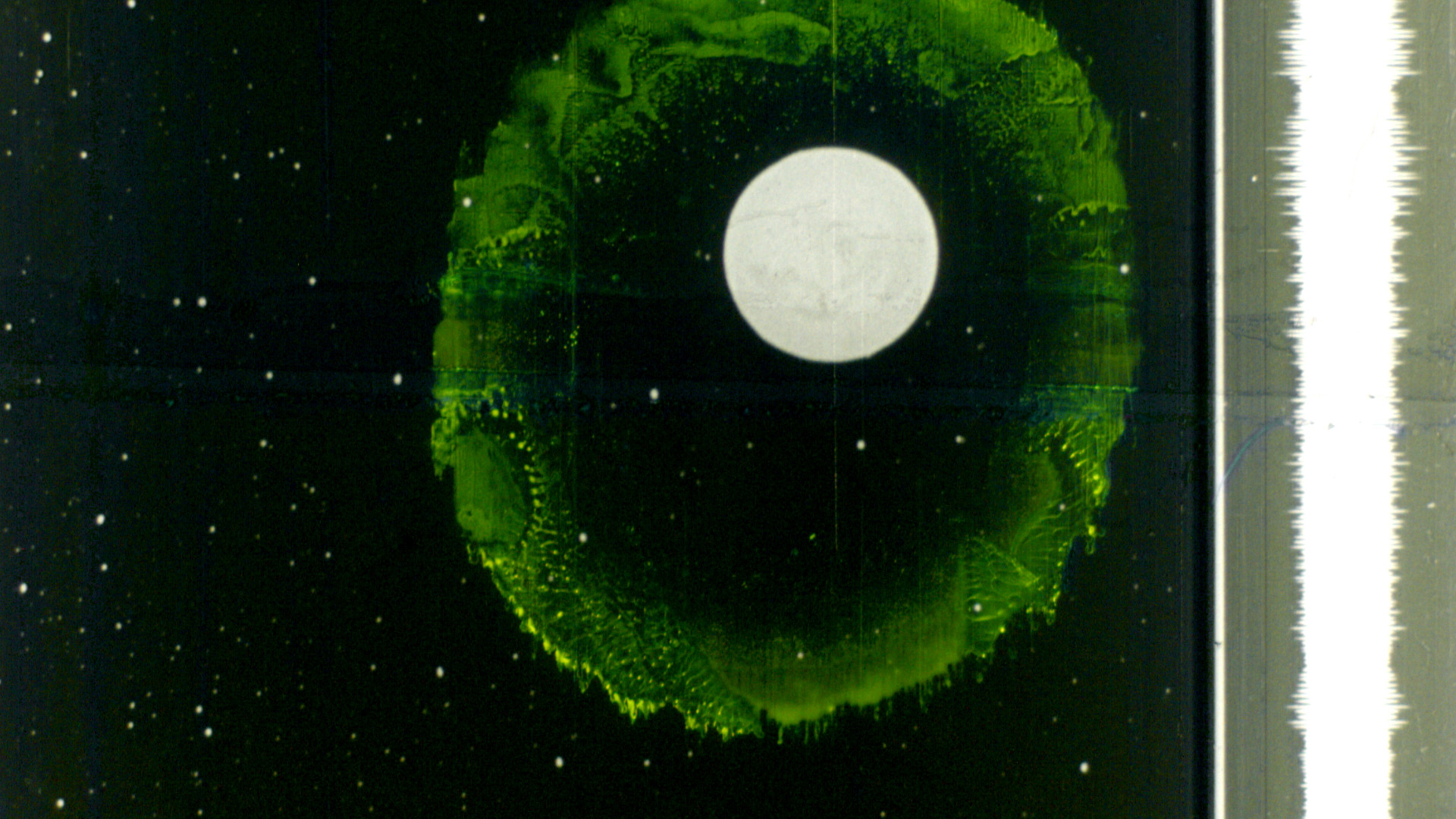 Remix, experimental animation, old technologies, 16mm: this film is about film! Old footage from 16mm film is scratched, drawn upon, experimentally animated with a quantum dots solution. The film seems at first about sound, the moon, and exotic birds, but it is, for me, more about narration, experimentation, and playfulness. 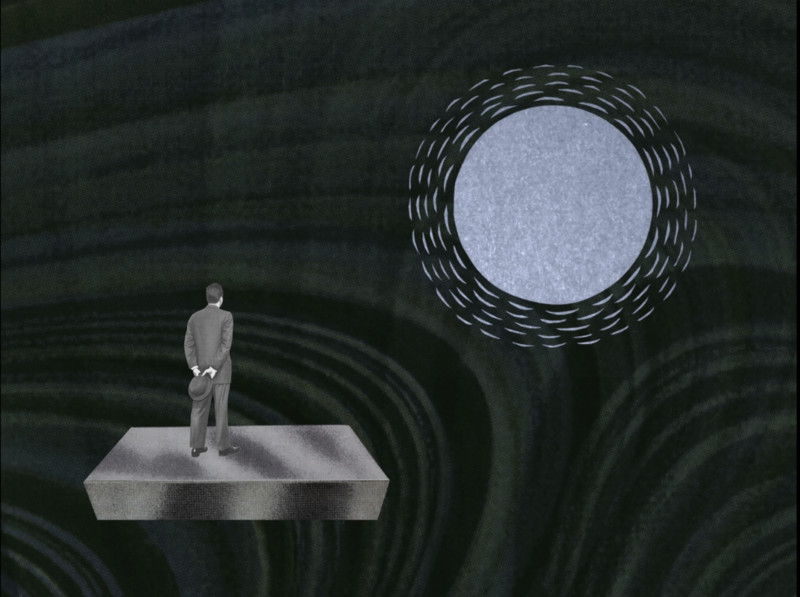 Matter and Energy, Mind and Spirit, Science and Magic.

I am currently an Associate Professor in the Department of Art at Sam Houston State University in Huntsville, Texas. In the past five years, my films have been screened at festivals and galleries in over 50 events in 11 countries. I received my MFA from Syracuse University, and my BFA from the University of North Texas. I currently lives in Huntsville, Texas with my wife and daughter, both of whom are my favorite artists. 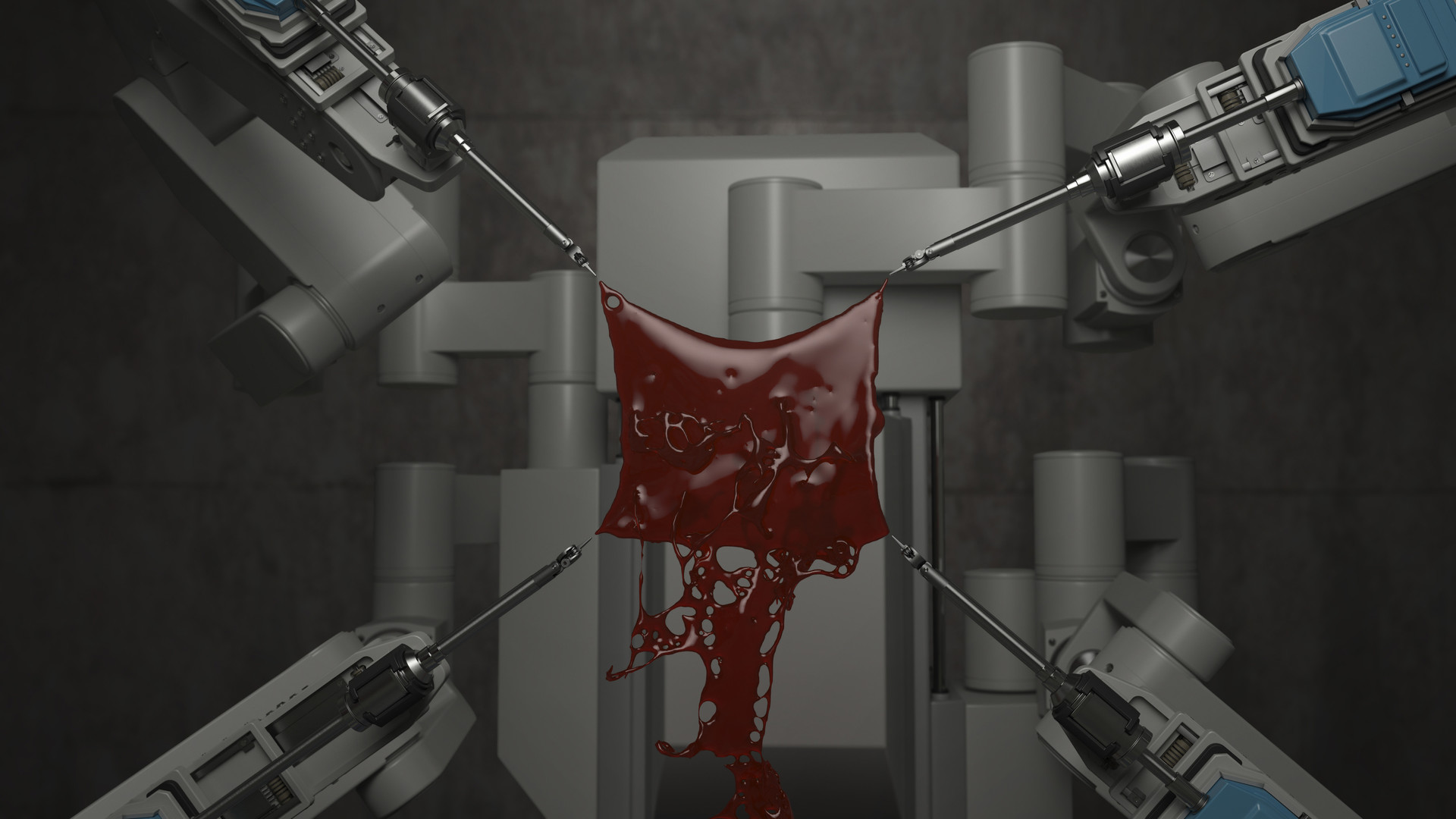 Stretch depicts a machine that is based on the design of surgical robots but further refined specifically to stretch things. The machine does not care what it is stretching as long as its purpose is fulfilled… it stretches

Stephan Larson has been creating images with computers since an Atari 400 computer showed up in his home. While technology has changed a bit since then, he continues to utilize the computer as his primary production tool with the majority of his time experimenting with 3D animation. His work is influenced by biological growth, quantum physics, synesthesia, Abstract Expressionism and his work as a medical animator. His animations have been shown in over one hundred and fifty exhibitions throughout the world including the Prix Ars Electronica, ACM SIGGRAPH Electronic Theater and Art Gallery, Anima Mundi, and Art Futura. 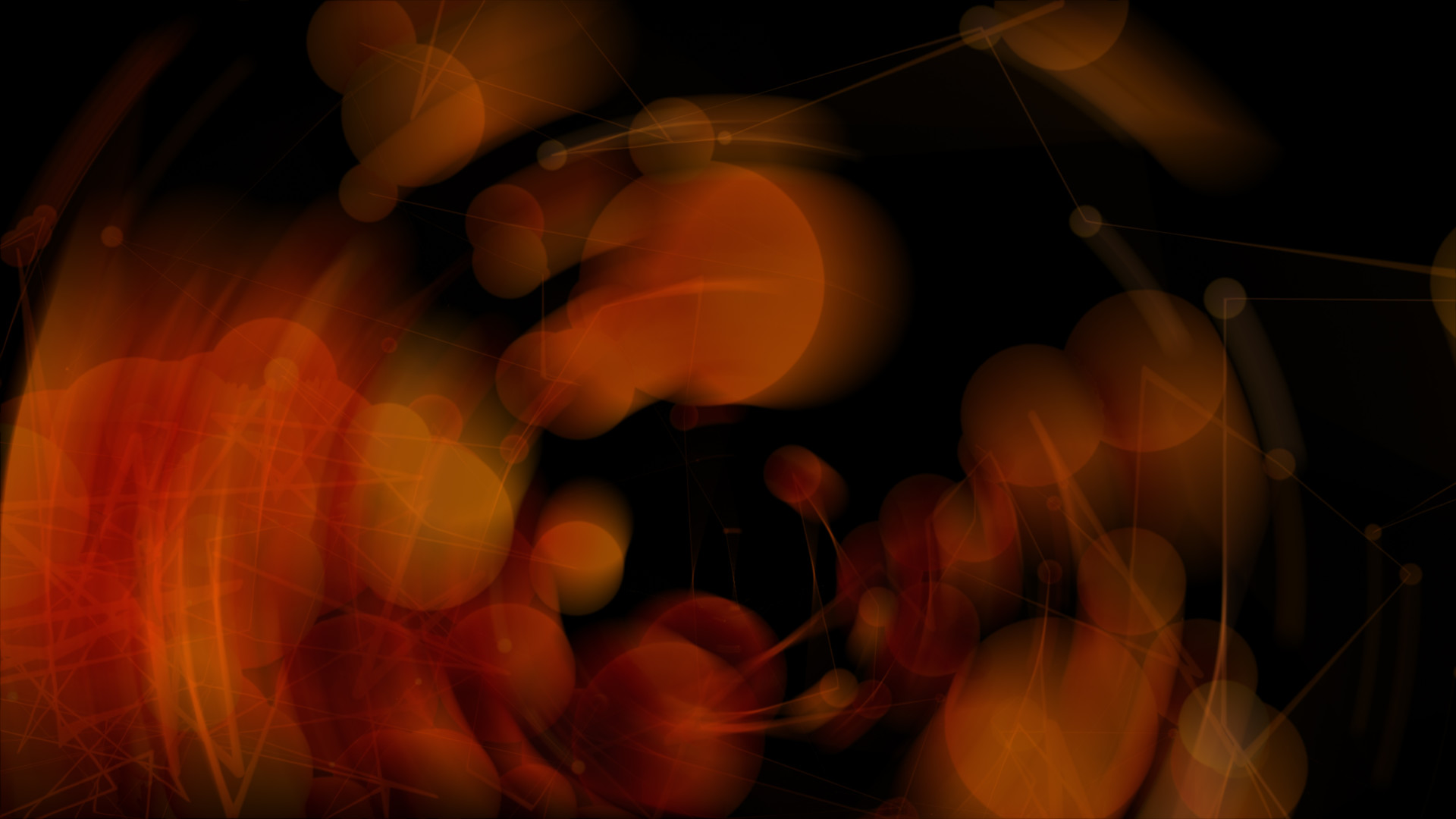 When the serenity of the great void and the fury of the cosmos intersect, when quantum mechanics and relativity come face to face, tiptoe and waddle, skitter and scuttle, whirl and whisk, behold: The Prophecy of the Sky Pacers is now! There is no escaping our cosmic destiny. The “visual music” collaborations of Jing Wang and Harvey Goldman attempt to produce a synesthesia like experience. The audience is encouraged to “see” the music and “hear” the visuals.

Jing Wang, a composer and virtuoso erhu artist, was born in China. Ms. Wang has participated in numerous musical communities, as a composer and a performer of diverse styles of music. As an active erhu performer, she has introduced the Chinese indigenous erhu into Western contemporary music scene with her wide array of compositions for chamber ensemble, avant-garde jazz improvisations and multicultural ensembles. She has also successfully performed erhu concertos with several symphony orchestras in the United States. Ms. Wang is currently an Assistant Professor of Music at the University of Massachusetts Dartmouth.

Harvey Goldman has created critically acclaimed work in the fields of ceramics, digital imaging, animation and music. Goldman’s work is included in numerous private and public collections including the Iota Center for Experimental Animation, Boston Museum of Fine Arts, Everson Museum of Art, Decordova Museum, Currier Museum of Art, and the Crocker Art Museum. His animations have been screened throughout the world including, the Smithsonian’s Hirshhon Museum, the Corcoran Gallery of Art and the White Box Museum, Beijing, China. 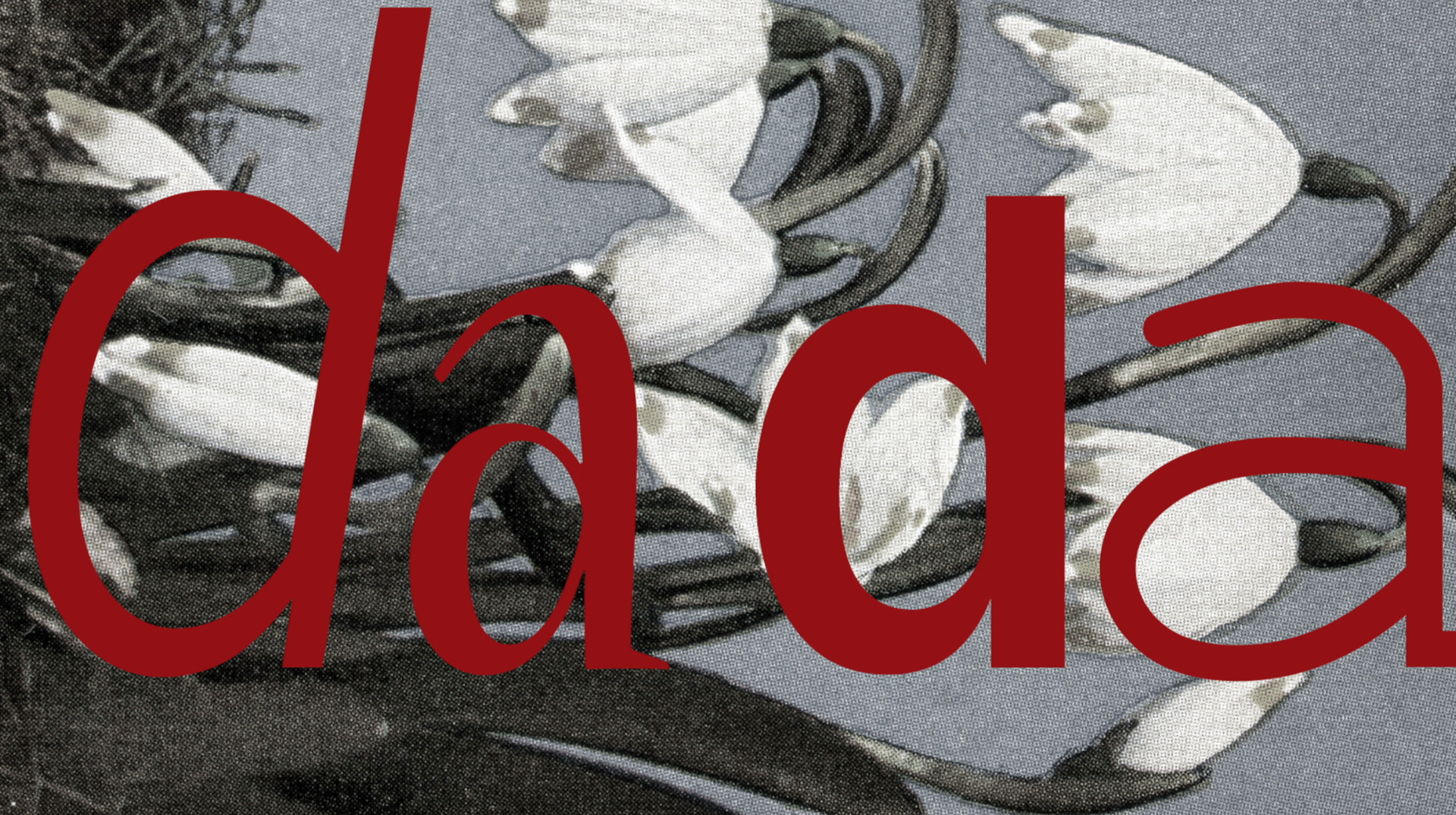 Wirrwarr is a one minute, one second and one frame celebration of one hundred years of Dada.
Animated sequences are linked through key words with emphasis on the historical and philosophical background of Dada as a rebellious art movement. Sign language is used to communicate the letters d and a, while the open hand gesture towards the end of the film signals triumph. The main focus in this production lies on automatic, spontaneous and arbitrary approaches in experimental filmmaking.

Martina lives in London and works in commercial film making as a freelance animator, producer, illustrator, storyboard artist and lomographer. Her illustration work, moving image installations, photography and sculptures have been exhibited internationally and her award winning animations have been presented successfully worldwide at international festivals. 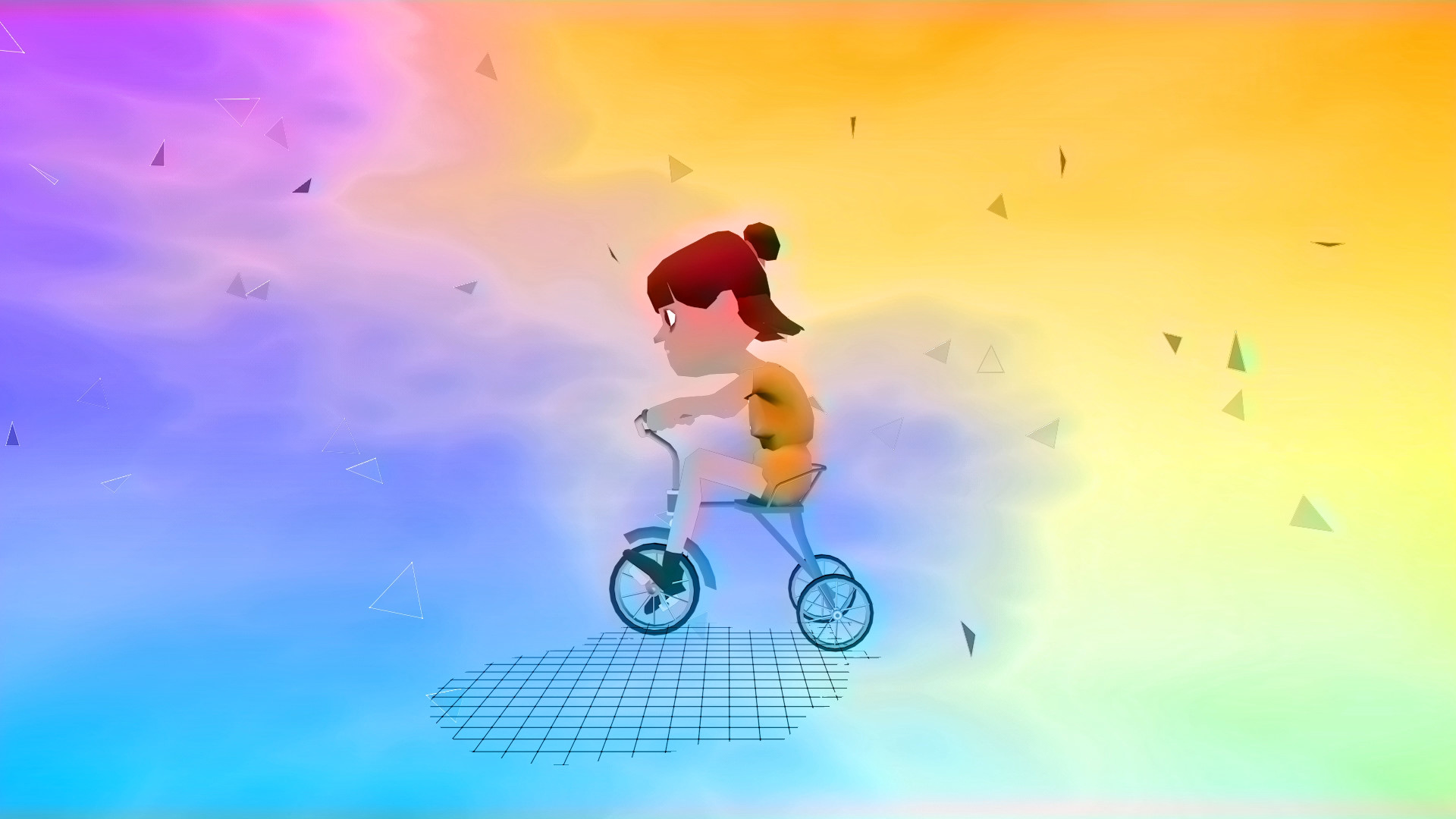 After the compression of the spiritual world by the force of regulation, there will follow a series of emotions such as introspection, violence, self-destruction, and untangling. This work utilizes the own approach of the digital media itself to deconstruct, to form the subliminal synesthesia visually and to create a fictional experience for the mind. 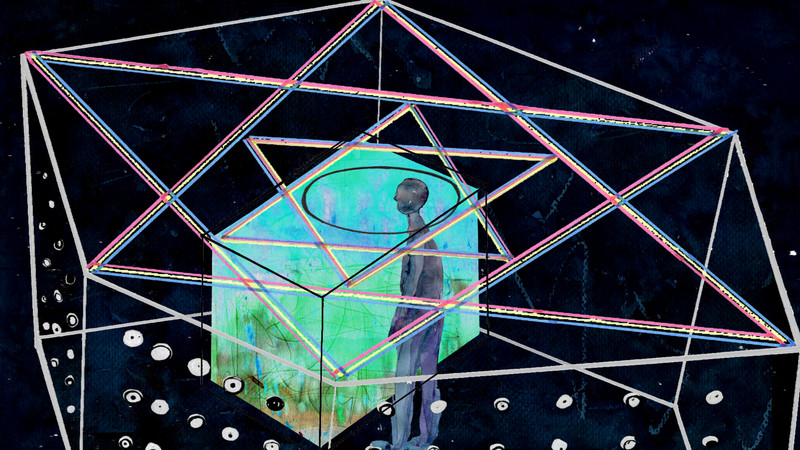 In this film, hand drawing animation has been used to illustrate the connections between trap, constraint and freedom in a vivid way. Using composite materials and multi-linear narrative to demonstrate relations between a fish’s vision towards outside fishbowl, and fish and fishbowl images from people’s perspective. It is a concatenation of two stories. The first story is about the submergence of a governed planet, and the other one reveals the evolution and circulation of human consciousness. 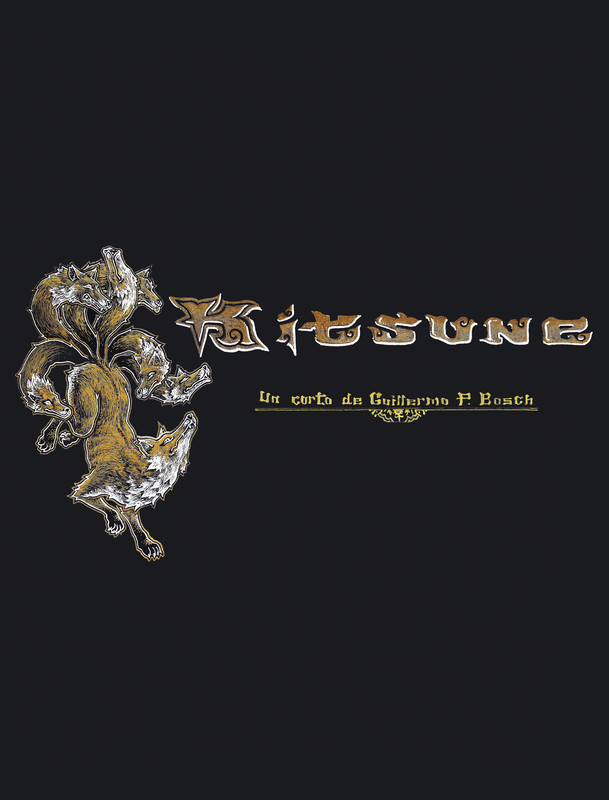 Kitsune (“spirit of the fox” in Japanese) is an experimental animation materialized through a matryoshka game. Kitsune is a 2D animated short film; a mix of rotoscoping and digital painting. A dance of shadows and textures around the fox as a totem, the formal element of this audiovisual piece.

Guillermo P. Bosch (March 7, 1984, Las Palmas de Gran Canaria) debuts in the animation field with kitsune (2016), a one minute short film made in 2D in an autodidactic way. Guillermo takes advantage to experiment in a particular way with the visual aspect and sound design. His first short film, NO (2012) participated in more than 100 festivals around the world, received 6 awards.