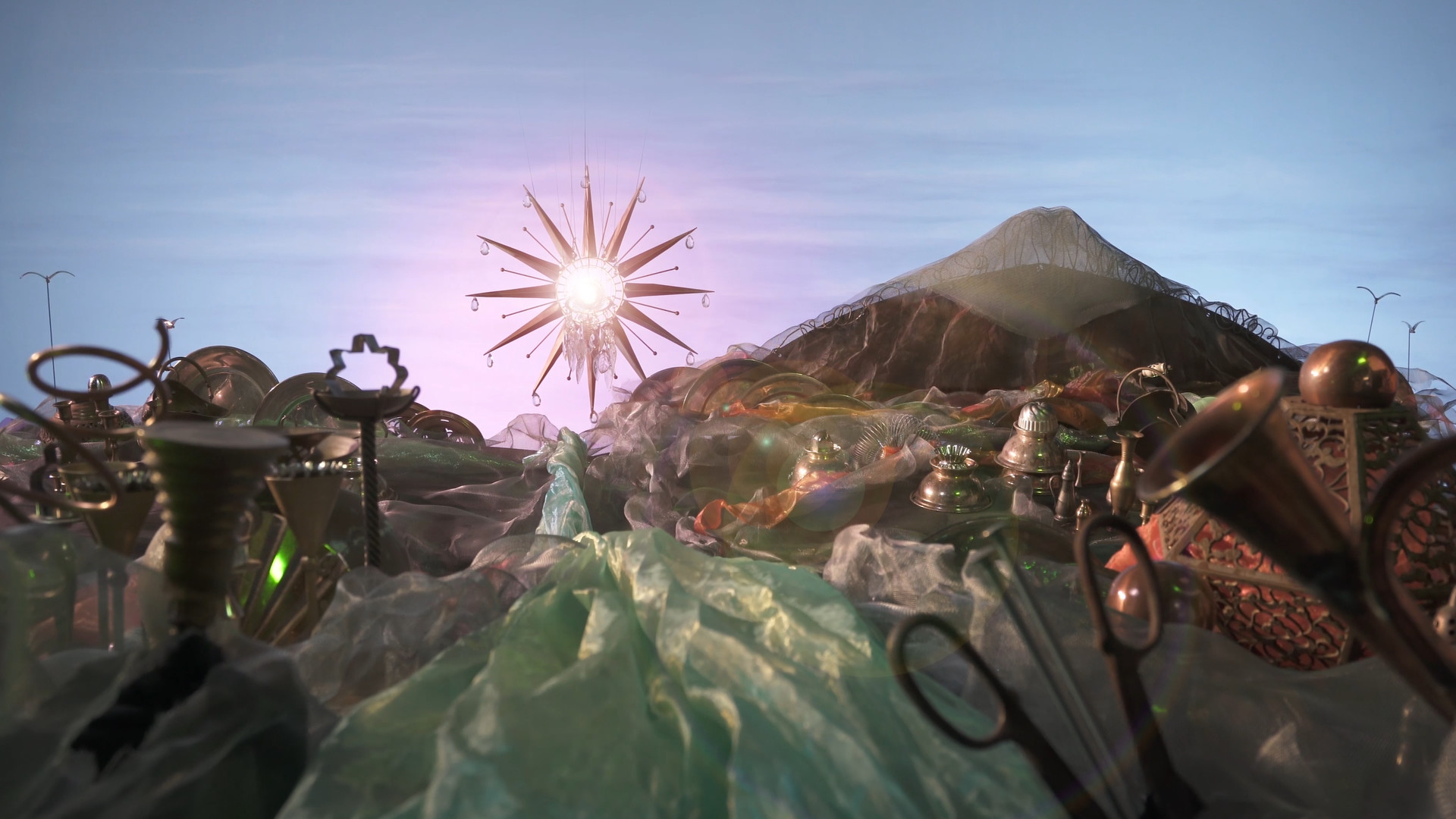 IBEX Puppetry is devoted to health and healing for the planet through artistic spectacle, outreach, and devotion to the fine art of puppetry.

“Amaterasu” is based on an ancient Japanese tale about the sun goddess, Amaterasu, and her stormy relationship with her brother Susanowo. The sets and marionettes in this film are made of found objects.

Christine Papalexis started her career in puppetry by performing and making marionettes at Bob Baker Marionette Theater in Los Angeles. Hand puppets were next, followed by cable, animatronic and hydraulic puppets for movies, tv, videos and commercials. Her first feature was a Roger Corman gem, puppeteering a giant cockroach creature with buckets of blood and slime. Then she worked at various creature effects companies in LA, puppeteering aliens, a bull, a gorilla, a sex scene with marionettes, a martian, a couple of penguins, a pink teddy bear and more.
Papalexis has also created her own artwork, including two marionette shows made of found objects. The short film, Amaterasu, is based on one of those shows and was commissioned by Heather Henson. Christine is a past president of the Los Angeles Guild of Puppetry.